The perfect Cinnamon Roll Casserole that can be whipped up in no time at all. All the flavors of a cinnamon roll with a touch of French toast. This is a perfect weekend or holiday breakfast. 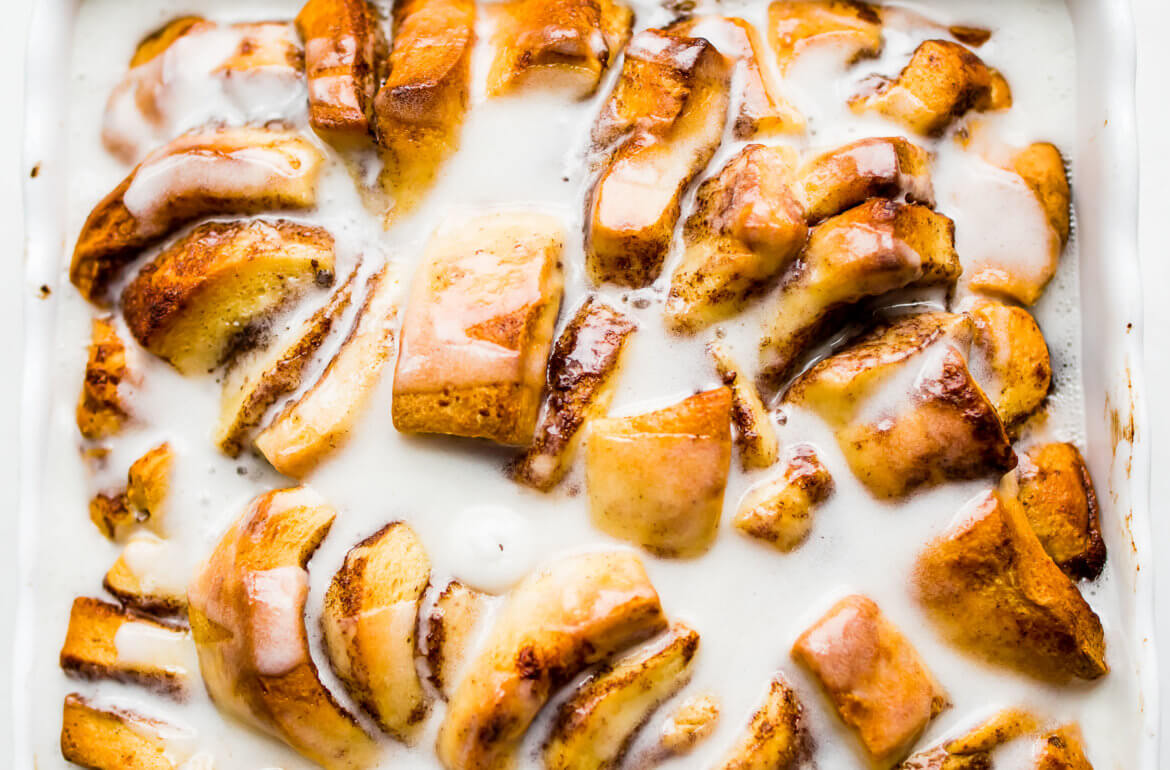 WHAT IS A CINNAMON ROLL CASSEROLE?

I love jazzing up store bought cinnamon rolls by turning it into a yummy casserole. This Cinnamon Roll Casserole is so simple and makes for the perfect weekend or even Christmas morning breakfast. This casserole is a cross between a warm and gooey cinnamon bun mixed with French toast. The taste is pure heaven and will keep everybody at the table running back for more.

HOW TO MAKE CANNED CINNAMON ROLLS INTO A CASSEROLE?

Simply mix with a few additional ingredients such as whipping cream, eggs, vanilla extract and cinnamon and bake to perfection in a casserole dish. Heat up the icing that comes in the Pillsbury Cinnamon Roll containers and drizzle over the top.

CAN I MAKE THIS CASSEROLE IN THE CROCKPOT?

Yes, you absolutely can! You will follow the exact recipe from below and add everything to a crockpot. Put the lid on and cook on low heat for 2 1/2-3 hours.

CAN YOU MAKE THIS CASSEROLE THE NIGHT BEFORE?

Yes! However, you’ll need to prep the casserole the night before. You will simply prepare the recipe as is, then cover and refrigerate overnight.

In the morning, remove the casserole from the fridge and allow it to sit for 30 minutes at room temperature, then bake as the recipe reads. I recommend adding an extra 5 minutes or so for baking time.

If you are on the search for the perfect quick and easy breakfast casserole, then give this Cinnamon Roll Casserole a try. It is the perfect blend of a cinnamon roll mixed with French toast. Serve it with a side of eggs and bacon and you have yourself a stopper breakfast that will be unforgettable for those at the table! 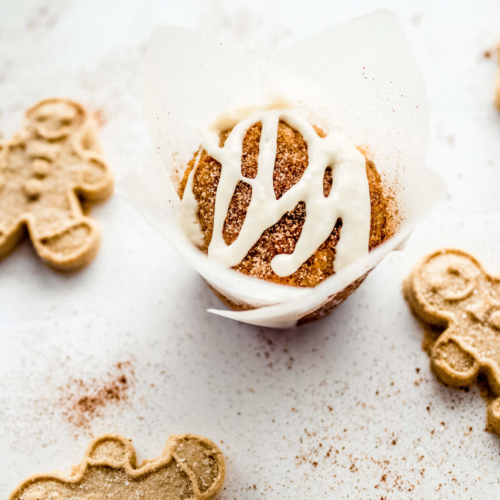 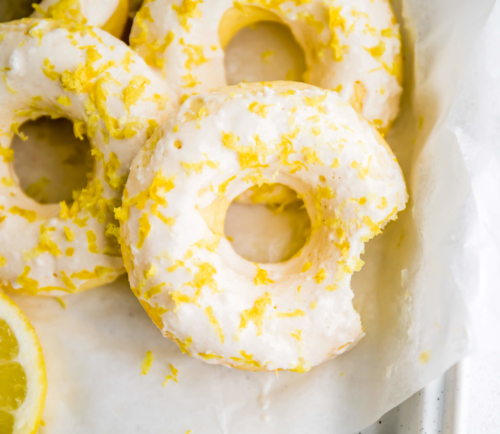 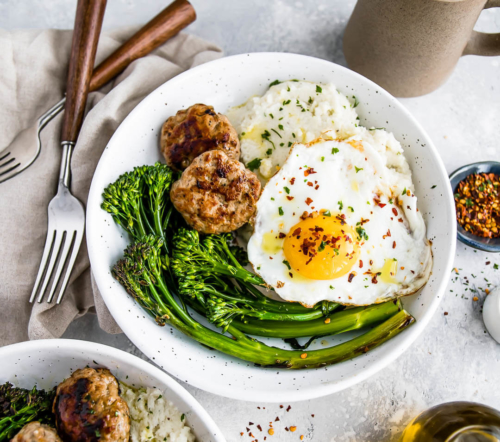 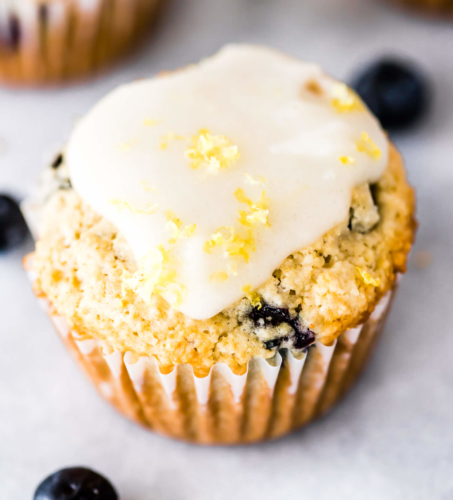 The perfect Cinnamon Roll Casserole that can be whipped up in no time at all. All the flavors of a cinnamon roll with a touch of French toast. This is a perfect weekend or holiday breakfast.

1. Preheat the oven to 350F. Spray a 9×13 baking pan with cooking spray. Open the cinnamon roll tubes and set aside the frosting. You’ll use this to drizzle over the baked casserole. 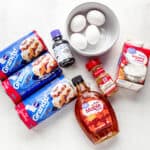 2. Remove the cinnamon rolls from the tube and cut into pieces. 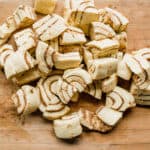 3. In a mixing bowl, whisk together the heavy whipping cream, maple syrup, eggs and ground cinnamon. 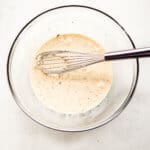 4. Pour the egg mixture over the cut up cinnamon rolls. Bake for 30-35 minutes until the top is golden brown and puffy. 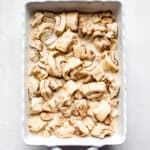 5. Heat the frosting for 5-10 seconds in the microwave, then drizzle over the warm casserole. Serve immediately. 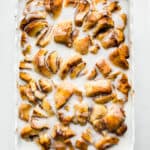 PIN THIS CINNAMON ROLL CASSEROLE TO YOUR PINTEREST BOARD 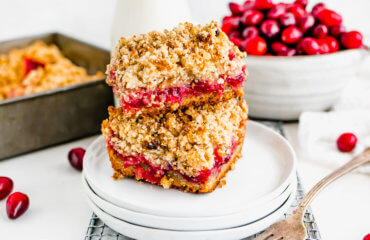 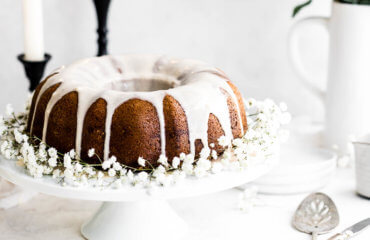 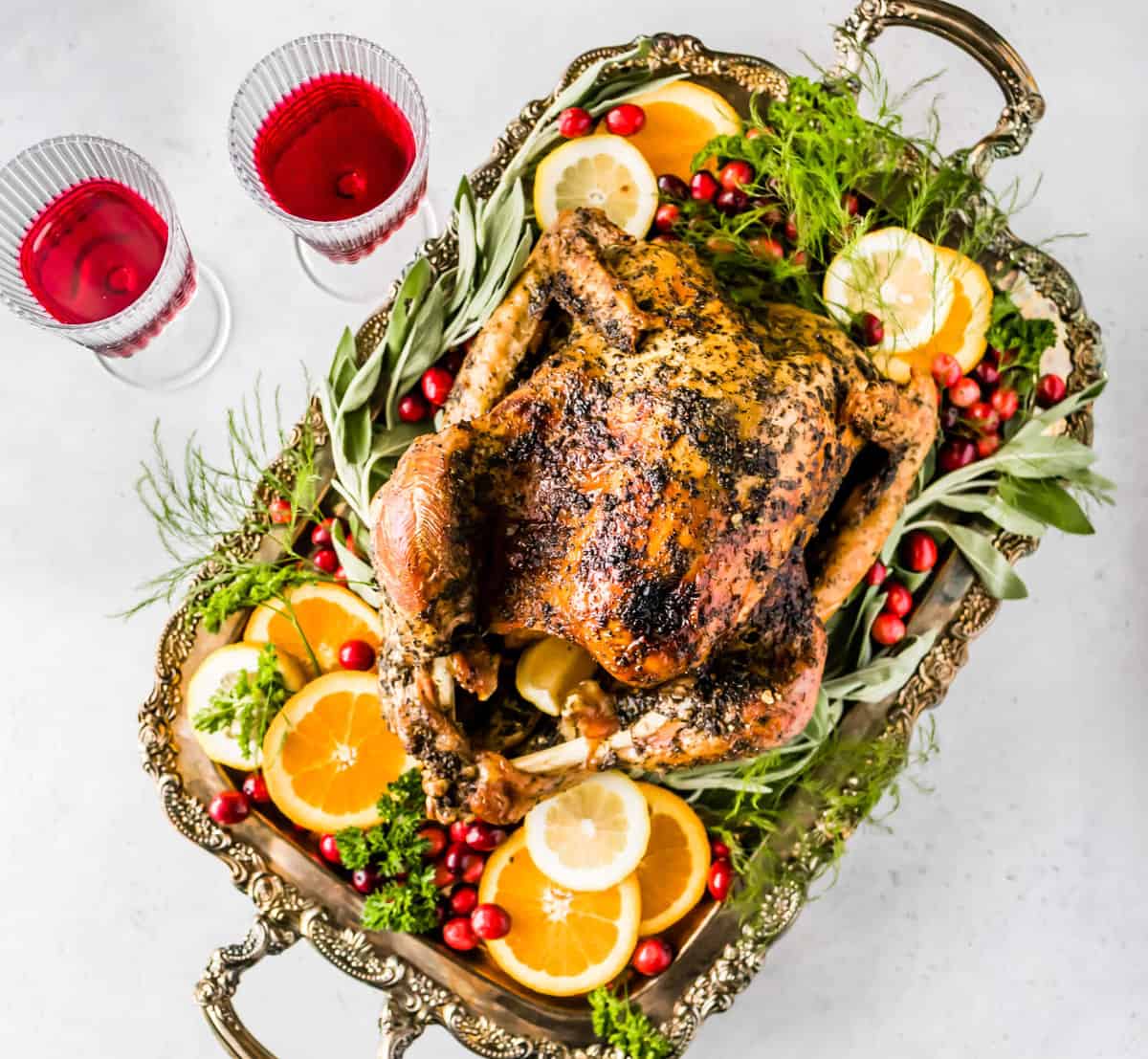